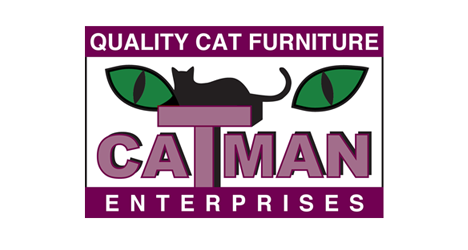 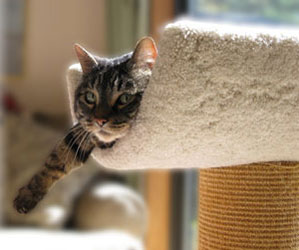 Catman has been saddened by the passing of two members of our feline family.

Sadie was Catman's shop cat since 2003; she supervised the production of all our pieces and was not the least bothered by power tools or pounding.
We joked that our motto should be "Sadie-tested, Sadie-approved." Sadie was a constant presence in the shop and a great friend to Catman while he worked. She was diagnosed with lymphoma and made her transition on April 14, 2017. 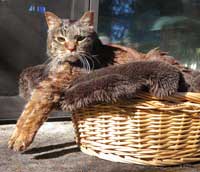 Jupiter is the "face" of Catman - that's his little striped mug on our banner. He was a fur person, with a big personality and an interest in everything, especially food. He used to watch Catman cooking from the top of the refrigerator and his favorite human food was pizza! "Joop" had slowed down in the last year; at almost 18, he was definitely feeling his age. Just a month after Sadie, Jupiter was ready to transition on May 13, 2017.

The loss of these two kitties has left a huge hole in our hearts - they will be forever loved and missed!